If you have a pet of any kind you know that someday you will have to say goodbye. I don’t care how many pets that you may have in your lifetime, it’s never easy when the end comes.

My hamster passed away early in the morning of August 14th. Cooty took her last breath in my hands as I was patting her failing little body. It’s the only time I have ever seen one of my pets die but I’m really glad I was there for her in her last moments.

I hope that she knew she was in the loving hands of the person who loved her, fed her, cared for her, and nursed her until the end. The last couple nights of her life were tough as she gasped for air so the time was right for Cooty to say goodbye.

I don’t care if you have a large dog or a small hamster. Any caring pet owner gives their devout attention and love to any animal that depends on them. Some might say “Oh, it was just a hamster” but losing a pet hurts no matter what the size or projected life span.

I certainly knew that hamsters average around 2 years of life and Cooty almost made it to 2 years. She certainly had her adventures as I had to rescue her from a wall in my home after she escaped one night. I didn’t get to her until she was in the wall for a couple of nights but I’ve learned since that hamsters can live for a while without any sustenance.

It was my fault since she would always wake up late after her daily nap and I would take her out of her cage for some play time. I fell asleep while she was with me on our couch and she jumped off and got under the kitchen sink making her way downstairs behind the walls.

Luckily my daughter had heard some scratching in the walls when she got up to go to the bathroom so I figured that Cooty has somehow inadvertently fell off the edge of the walls and was trapped inside. I eventually freed her by removing the wallboard in one of the bedrooms and got her right back into her cage after some food and water and she took a good long nap.

Whenever she woke up from her daily nap I would bring her upstairs and my wife would massage her as you see on the left here. In the beginning, my wife wouldn’t even touch Cooty but in time she would warm up to this cute little ball of fur and give her a nightly, soothing massage.

Cooty oftentimes would fall asleep in my wife’s hands due to the soft caressing but she would instantly wake up when I put a sugar snap pea, piece of lettuce, or cauliflower in front of her nose! She would grab it with her little paws and ravenously inhale her treats, especially after her long daily nap.

I hear from people that their hamsters wouldn’t ever sit still for them while they were awake but not Cooty. She would lay there and enjoy every bit of each massage.

About 18 months ago (the day I got her) I rescued her from a 5 gallon aquarium tank where she lived with her brother and father since she was born. The kid that sold her to me owned snakes and also bred mice to feed to his snakes. So, I was ecstatic to get her out of that environment. After that, I tried to learn as much as I could about hamsters so that I fed her properly and treated her with the respect and love that she deserved.

In the short-term I don’t think I will be getting another hamster. I also feel that hamsters are not the best pets for children as their sleeping schedules are totally opposite from humans. Hamsters should be allowed to sleep during the day without interruption as they are nocturnal. They should not be woken up at the whim of a child who wants to play with it.

Anyway, it has been tough for me to even clean out her Prevue 528 cage because once I do I know it’s really over. I would always talk to her even if it was during the day while she was sleeping. I kept her cage in my office and would always play slow, soothing music on my TV (on one of the music stations) while she was sleeping. I don’t know if it helped or not but I think it must’ve been soothing to her. At least I like to think so.

The image above is, from what I can tell, the only still picture I have of Cooty and me (she looks a little annoyed). My daughter took it a month or so back before she started to get sick. The hole in her ear was done by the original owner with what appeared to be a small hole punch. He had some reason for doing it but to me it’s animal abuse. I’m so glad I rescued my little Cooty as we gave her a really good life.You can tell she looks a little older than the first picture in this article.

I buried her on the hillside behind my house and created a little memorial for her just above my daughter’s Syrian hamster Pumpkin’s grave site, who we lost almost exactly one year ago. Cooty will forever be in my heart. I miss you, you little Coot! Rest in peace and I’ll see you again in my next life. I truly believe that!

4 Reasons You Should Be Drinking Pour Over Coffee 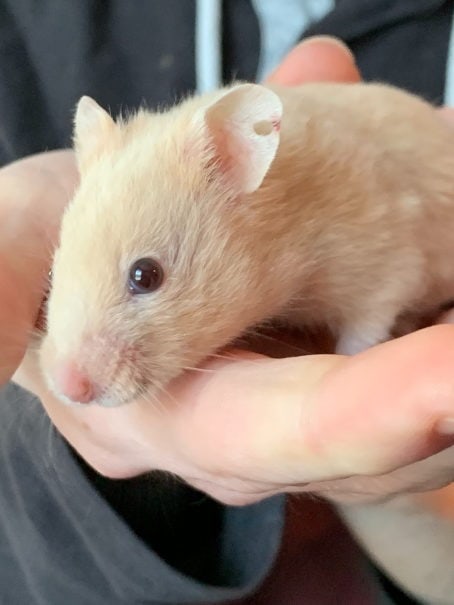 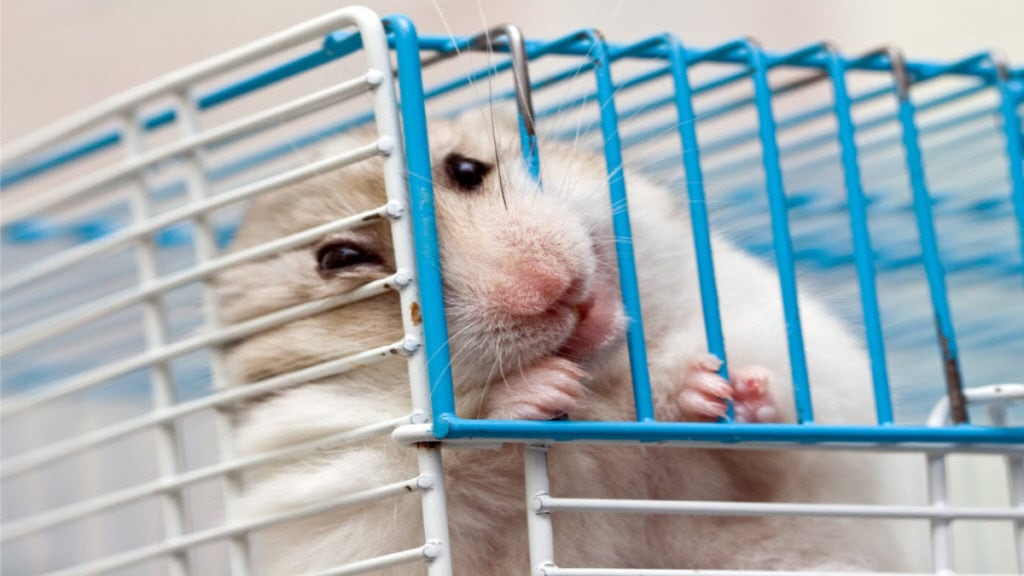 Bar Biting – My Solution to this Unhealthy Hamster Habit 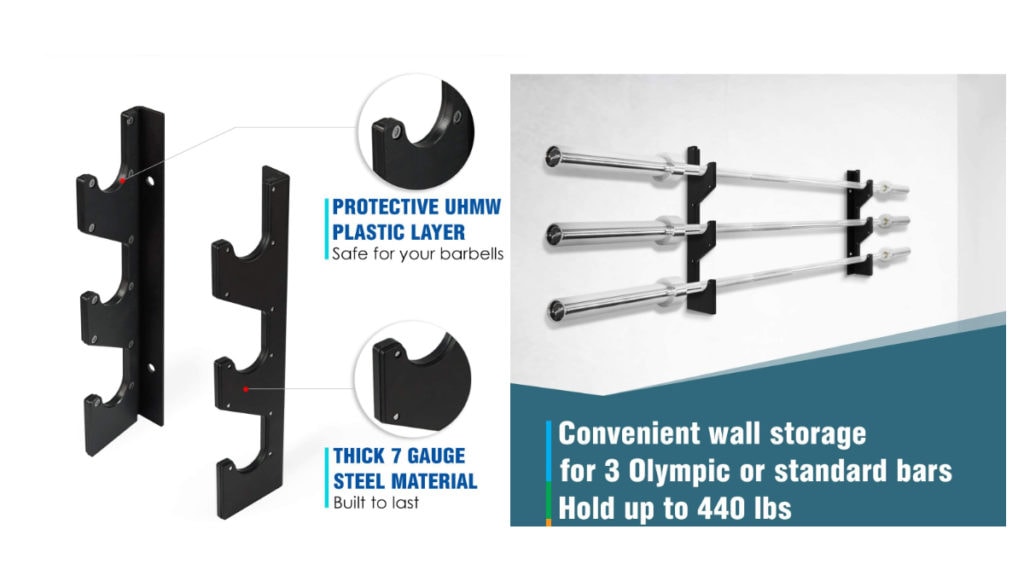